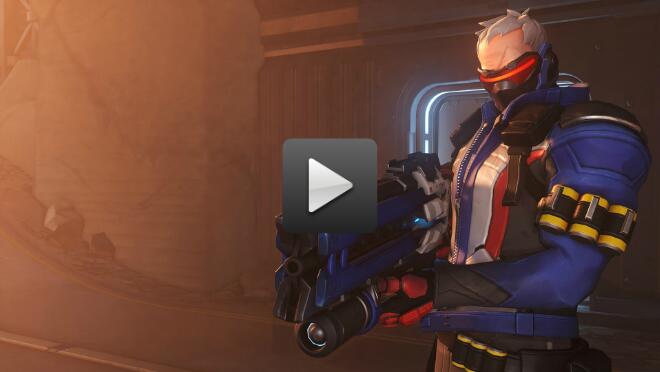 Overwatch’s last of four animated shorts reacquaints us with Soldier 76. This is either a spoiler or a time-saver: It doesn’t bring you “Sombra,” a rumored character that many fans of the new shooter had anticipated. –

On Thursday a NeoGAF user put together an impressive string of clues that seemed to point toward a new character reveal. However, Overwatch’s official channel today put out the Soldier: 76 flick, calling it “our fourth and final animated short for this season.” So Sombra may have to wait until another time.

Anyway, Soldier: 76 is pure chaotic-goodness, the gold-hearted, grizzled vet who will never abandon his mission. His origin trailer debuted in July (it’s below) and positions him as a pivotal figure in the Overwatch story: commander of the good guys, distrusted or taken for granted by the citizens, doomed in a raid on Overwatch HQ and now believed dead.

Soldier: 76’s gravelly nihilism may be an action-movie trope, but there’s still enough optimism to keep him in the business of saving children and blowing the bullies away. Verdict: Good dude and a sweet trailer.

Overwatch, at long last, launches on Tuesday for PlayStation 4, Windows PC and Xbox One. It can be considered Blizzard’s first all-new franchise (that is, of characters and canon) since StarCraft launched 18 years ago, so there’s plenty of anticipation for it.